Paintball is a sport of the Modern era. Though, it still holds historical significance due to various exciting events and inventions. The origin of Paintball begins back in the 1960s when a Paint Company named Nelson designs a Paintball Marker for business purposes.

In fact, he was Charles Nelson who invented the first paintball marker as a tool for marking trees and Livestock from longer distances with much more accuracy. Perhaps, he never expected that his paintball marker would later become the Paintball Gun.

Basically, the first paintball marker was invented for the assistance of Foresters and Ranches. The foresters used these markers for marking deep bush trees while Ranches used them to mark their cattle from secure distances. The first paintballs were injected with paint oil that would not easily wash out with water.

Nevertheless, Nelson found their success with famous BB Gun manufacturers “Daisy”. After lots of amendments and improvements, Daisy turned their marker into the legendary Splotch Marker or better known, the Nel-Spot 007 Marker.

The Great Survival Debate of Hayes Noel and Charles Gain

Later in the 1970s, two best friends Hayes Noel and Charles Gains started their debate over Survival in woods. Actually, there were discussing whether a city dweller could survive in woods or a country person could perform better in the forest. 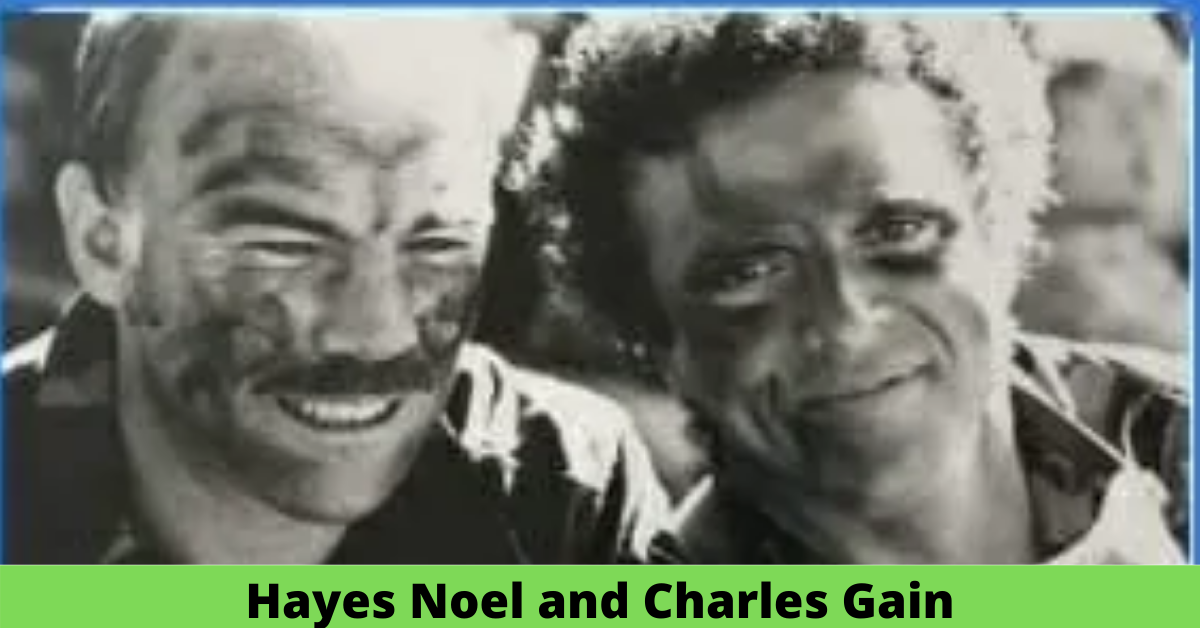 Surprisingly, this debate continued for a few years until a new and unique sport was initiated to test the survival skills of a person. To prove their points, Gain and Noel decided to make a game on it by using a newly introduced Nelsopt- 007 marker.

According to some Paintball history sites, the first official paintball match was held on 7th June 1981 in New Hampshire. Though there were some un-officials games between Loggers and Cattlemen but the history negates accurate data.

This game was actually the part of Gain and Noel’s debate. Before setting their marks, they do several experiments and practical’s to ensure the protection and safety of the game. In fact, they introduced a list of rules to make that game safer. 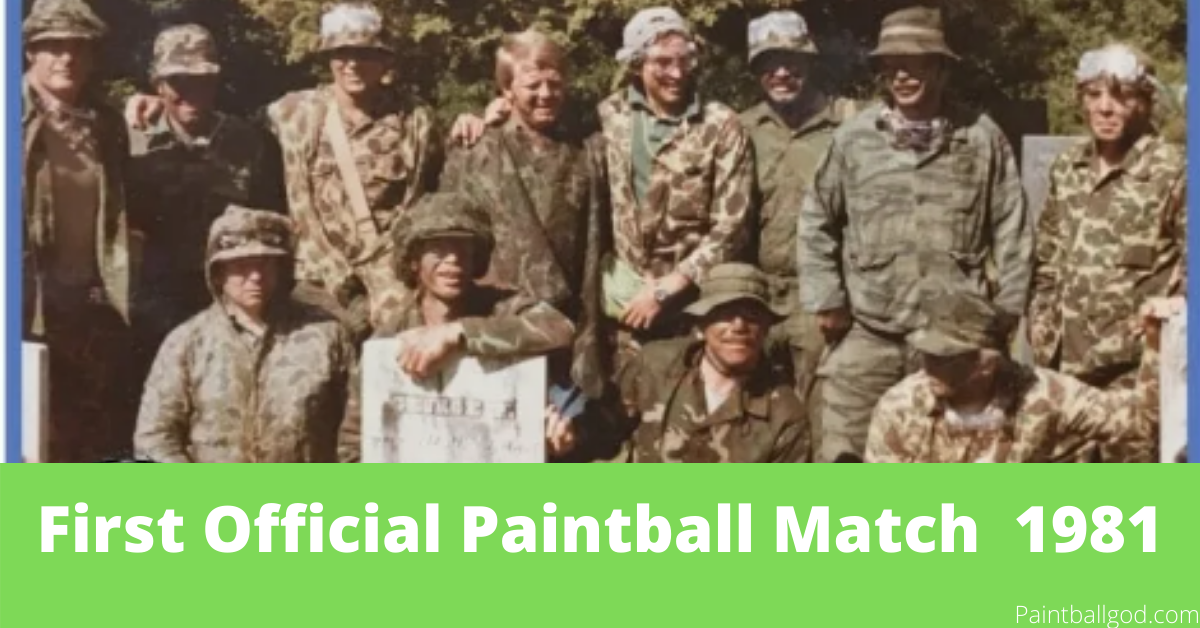 The Birth of Paintball Industry

In 1982, Bob Gurnsey, the close friend of Gain and Neol start selling a complete paintball package that includes a marker, paintballs, goggles, and a manual rule book. However, the first commercial paintball field was started by Bob in 1982 near New Hampshire.

Until then, the sport was known as the National Survival Game. Bob also started to give official licenses to other people who were interested in opening their own fields. In the same year, two casual paintball players, Jeff Perlmutter and David Freeman start their personal company for the production of new paintball markers.

The first-ever Paintball Championship was held in 1983. The tournament was arranged by NSG and $3000 was announced for the winning team as a Prize. At the end of the event, a Canadian team named Unknown Rebels won the title of Paintball Champions. 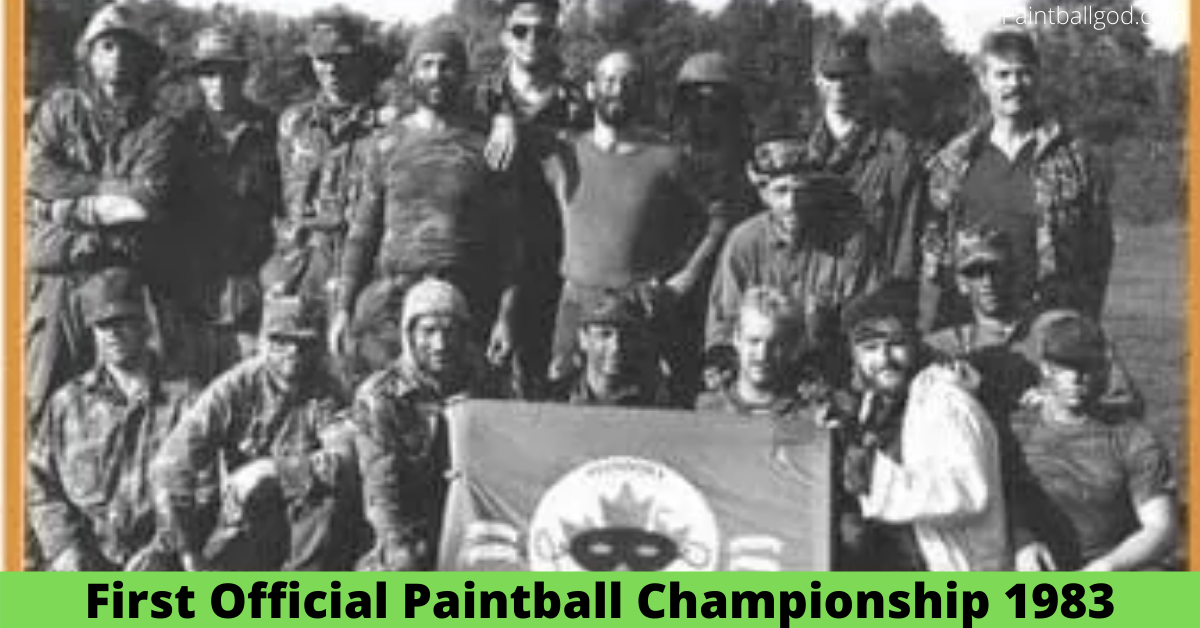 In fact, the participants of this tournament were equipped with the Latest and Modified guns with other protective equipment. After that tournament, a flood of newly launched Paintball Companies opens the new era of Paintball.

The Birth of Modern Paintball Industry

During 1985-86, Paintball had become popular throughout the world. More and more people start liking this sport and the International Media also started to cover small paintball events to expand the awareness of this sport.

Paintball companies have started to develop new and latest equipment. Among the other equipment, Paintball Harnesses, Face Shields, Paintball Goggles, and Automatic Paintball Markers were launched during those years.

The Golden Era of Paintball

The period of the earlier 1990s is considered as the Golden Era of Paintball. In fact, the industry influenced the whole world and paintball become a very exciting sport. The famous machine-gun manufacturers, Dennis Tippmann also shows his interest in the paintball markers.

Later, Dennis Tippmann launched their first fully-automatic SMG-60 paintball marker. After that, the company had introduced their first C02 Tank paintball to attract more investors and people towards this joyful sport.

In 1990, Tippmann once again surprised the world by introducing the first-ever Gravity-Fed Hopper. Meanwhile, another company named Kingman International released their Sypder Paintball Gun and now this world can feel the magic of Paintball.

Paintball as an International Sports

Though, in late 2000,s some legal issues occurred regarding paintball but the world and lovers of this sport responded positively. Paintball evolved into a truly competitive sport and ultimately become a million-dollar industry.

In fact, some of the Paintball Matches are aired on famous Sports Channels including ESPN. Now, Paintball includes diverse types of playing categories and a huge variety of Paintball Guns, Protection Gears, and much more.

Nelson Paint Company has invented the first Paintball gun for Commercial Purposes. They named their first-ever Paintball Gun as a Marker. In fact, these guns were never intended to use on people. Somehow the time changed but the modern paintball guns are still called Markers today.

What was the purpose of Paintball Guns?

The first paintball marker was invented for the assistance of Foresters and Ranches. The foresters used these markers for marking deep bush trees while Ranches used them to mark their cattle from secure distances. The first paintballs were injected with paint oil that would not easily wash out with water.

No, Paintball is a highly disciplined team sport which promotes healthy competition and teamwork. It gives individuals a chance to test their physical and mental abilities against their friends and peers, while at the same time welcoming a competitive atmosphere. In this way, Paintball allows people to experience a physical and mental challenge that may have long-lasting benefits.