You are here: Home / Blog / A Quick Guide on How to Fill Air Tanks for Paintball Guns

When you buy paintball guns, they come with a simple air tank. This is the tank that helps fill the gun with air and make your shots more powerful. The problem is that if you want to use the gun properly, then you will have to fill its tank up with air at least once every day. If you do not know how to fill air tanks for paintball guns, then this article is for you. 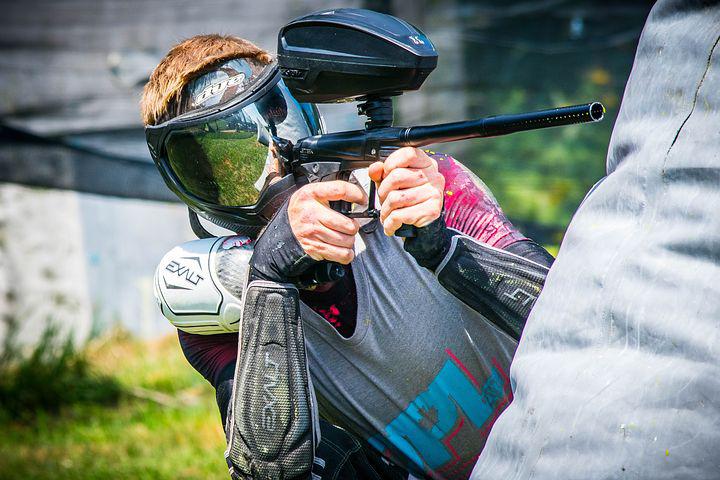 Filling the air tank can be a tricky job. It is important to consider a number of factors before making such a decision. How much you want to refill it, the purpose of doing it and the environmental conditions, such as weather and altitude, also come into play. It is important to choose the right method for refilling paintball guns, as it can affect your game performance as well as your paintball gun’s durability.

Types of Tanks for Paintballs

Paintball tanks come in different sizes and types. The type of tank you choose will depend on the size of the paintball gun, the amount of paintballs you intend to use and the conditions in which you play. 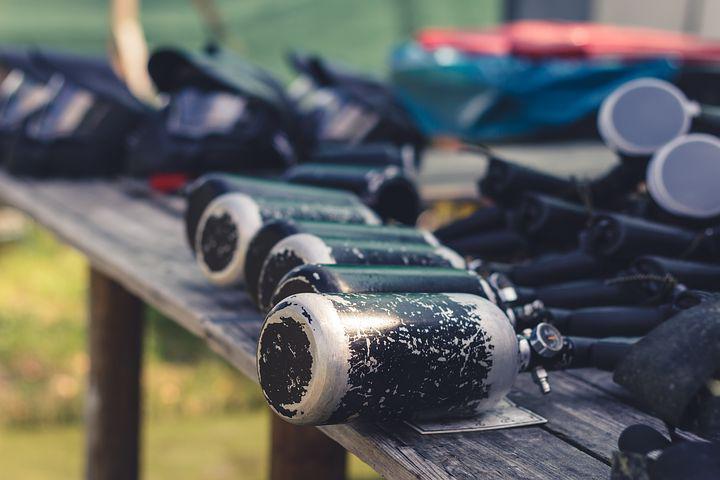 Aluminum Tanks: These are the most common type of paintball tank, with a capacity of up to 2,000 psi (pounds per square inch). They are lightweight, easy to transport and will hold up well in the field. In comparison to other types of paintball tanks, aluminum tanks are relatively inexpensive.

Polyethylene Tanks: Polyethylene tanks are made from plastic rather than metal and have a maximum fill pressure of 2,000 psi (pounds per square inch). They’re lightweight and portable, but don’t hold up as well as steel and aluminum tanks do at high pressures. Polyethylene is an excellent choice for players who want maximum mobility or who plan on going through several refills during their time playing.

Factors to Consider Before Filling an Air Tank for Paintball Gun

When you are in the market for a new paintball gun, it is important that you consider all the factors that affect its performance. The capacity of the air tank is an important factor to consider. The capacity of an air tank determines how long players can play on one particular gun and how much paintballs they can shoot. 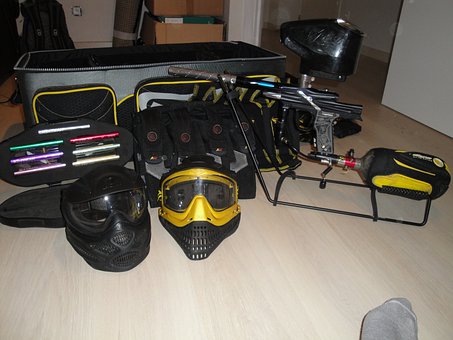 There are several factors to consider before filling up an air tank for your paintball gun. These include:

Size of the Paintball Gun

The first thing to consider when filling up an air tank for your paintball gun is the size of the tank. Tank sizes are usually determined by how many paintballs can be shot from a single fill. For example, if you have a large caliber paintball gun and shoot approximately 150 balls per fill, then you will need a larger tank than someone who shoots less than 50 balls per fill.

In addition, the type of paintball gun you choose affects how much air it needs to operate properly. If you have a small-caliber gun that only holds 10 balls at a time, then it will run out of air fairly quickly. On the other hand, if you have a large-caliber gun that holds 100 balls at once, then there should be plenty of air in the tank so it will last longer between refills.

Number of Players Who Will Use the Gun

A game session’s size and how many players will use it are also factors to consider. If only two people are playing with it, then there should be plenty of air in its tank so they don’t have to worry about running out or having empty racks or pods during their game session. However, if there are three players using it at once and they all shoot at the same time, you need more air in your tank than if just one person shoots. This means that you’ll need a larger tank than one that holds 50 shots per fill-up.

Desired Level of Performance From the Gun

When it comes time to fill up your tank with air, you’ll want to be sure that you’re doing so in the proper way. The first thing that you’ll want to do is make sure that the pressure meter is calibrated correctly so that you know exactly how much pressure is in each chamber of your tank. This will allow you to know exactly how much force it will take for the needle valve on top of the tank to open up and let any excess pressure out.

Amount of Air That You Need to Fill Your Tank

One other thing that you should consider when filling your air tanks is how much air you actually need in order for your gun to perform at its best. Some guns require more air than others depending on whether they have an open barrel or closed breech system and other factors like whether or not, there’s a reservoir near where you put your paintballs into it (or if it has an adapter so it can take them).

What to Use for Air Tank Refill?

The tanks of most specialized air compressors’ paintball guns can be refilled. The most common material used to fill paintball tanks is nitrogen, which is a gas that does not support combustion. Nitrogen is also not flammable, so it poses no fire risks when filling your tank. This helps ensure that your tank will be safe from any potential fires or explosions that could occur if you were using propane or other flammable liquids.

The other option for filling your paintball air tanks is with a carbon dioxide injector. These devices use compressed carbon dioxide to fill the tank and can be used in both normal and reverse flow modes of operation. Carbon dioxide has a lower pressure capacity than nitrogen, so it takes more time to fill a paintball tank but can be used for longer periods of time without having to hot-fill it again as often as nitrogen-filled tanks need refills every few hours or so depending on their size and capacity.

Here you can follow these steps to fill your tanks for paintball guns:

Place your paintball gun upside down and place a clean cloth over the end of the air tank in order to prevent any spills. Turn your paintball gun back over and remove any remaining paint from the tip of your air tank. If you do not want to use all of your paintballs, simply remove them from your gun before continuing with Step 3 below.

Now you are ready to fill up your paintball compressed air tanks. To do this, simply unscrew the valve on top of your air tank and fill it with air using a screwdriver or other similar object. Make sure that you don’t fill too much or too little air into your tank as this could cause some problems later on down the road when playing with your markers!

How can I fill up my paintball air tank?

First, it is necessary to determine how much CO2 you need. This is usually determined by the number of paintballs that you are going to shoot, but if you don’t know how many balls you’ll be shooting then it’s a good idea to use a calculator and determine how many ounces of CO2 gas will be needed for each shot.

Yes, but only after you’ve removed all of the old gas from the tank. This can be done by disconnecting the tank from your gun and allowing it to sit for about 24 hours. When the old gas has been removed, connect it back up and fill it up with new CO2.

No, Home Depot does not refill CO2 tanks as they sell only CO2 cartridges which come in different sizes depending on which model of paintball gun you have purchased from them.

To sum up, the general rule is: if you have one tank to fill and are going to be on the field for a few hours, you will use about 6 oz. Of air in 4 hours playing time. However, if you have two tanks and will be playing for 8 hours total, expect to use about 3 oz. Of air per hour with each tank (9oz/9 hours).

Now, hopefully, you’ll know exactly how to load your tank properly, and how to fill it with your desired amount of air.