Pain is inevitable during a game, but some games are more painful than others. Paintball is often regarded as being more painful than Airsoft. This is due in part to the fact that paintball uses splatter against the skin, causing welts and bruises, while Airsoft guns do not have this ability.

Compared to paintball, Airsoft hurts less because the pellets tend to travel at a lower velocity.  The low kinetic energy involved in Airsoft play means that the impact is much duller than when compared to paintball. This is especially true among experienced players who know how to avoid getting shot in the face and in other sensitive areas.

This is a recreational sport that involves participants shooting each other with spherical plastic pellets, which are propelled by compressed air or other gases. Airsoft is commonly compared to paintball, although Airsoft guns are generally much more realistic replicas of real firearms than paintball guns. 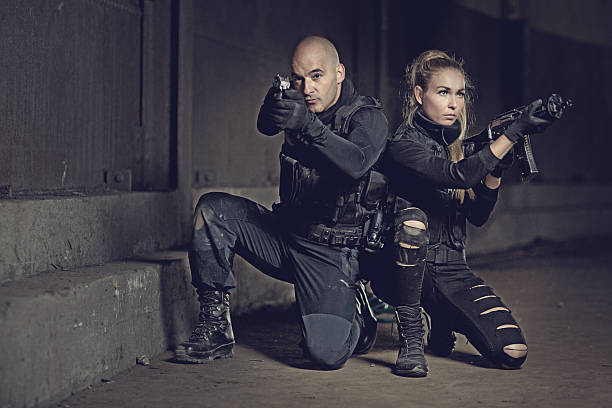 The main difference between Airsoft and paintball is the ammunition — paintballs are made of gelatin or plastic and travel at about 190 feet per second (FPS) when fired from an average-sized gun. Airsoft pellets are made of hard plastic and can travel up to 350 FPS. However, both types of ammunition can cause bruising and welts if shot at close range or hit by direct impact.

Both paintball and Airsoft guns feature an internal gas reservoir that holds the propellant used to shoot the ammunition. The reservoir is pressurized by either CO2 or compressed air before being released through a valve in the barrel chamber. The pressure pushes the projectile out of the barrel at high speeds when it’s released from its containment chamber.

Which is more fun, airsoft or paintball?

When it comes to Airsoft guns, there are two main types: spring-powered and electric-powered. These two types of Airsoft guns can be further broken down into two subcategories: gas blowback and non-blowback. The difference between these two subcategories is that with a non-blowback gun. The bolt doesn’t cycle back when you pull the trigger, whereas with a blowback gun it does. So, if you want more recoil of your weapon then go with non-blowback, but if you want less recoil than go with blowback.

When it comes to paintball markers there are two main types: pump markers and semi-automatic markers (usually referred to as Auto cocker). Pump markers require you to manually pump them every time they fire while Auto Cocker has an automatic function that allows them to shoot without being manually pumped every time.

What Hurts More, Paintball or Airsoft?

The truth is Airsoft hurts less than paintball. This is because the BBs used in Airsoft guns are much lighter and smaller than those used in paintball guns, so they will not cause as much damage to your body if you get hit. However, there are many other factors that could affect how painful it is to be hit with an Airsoft gun, such as the type of gear that you wear and the way that you fire your weapon. 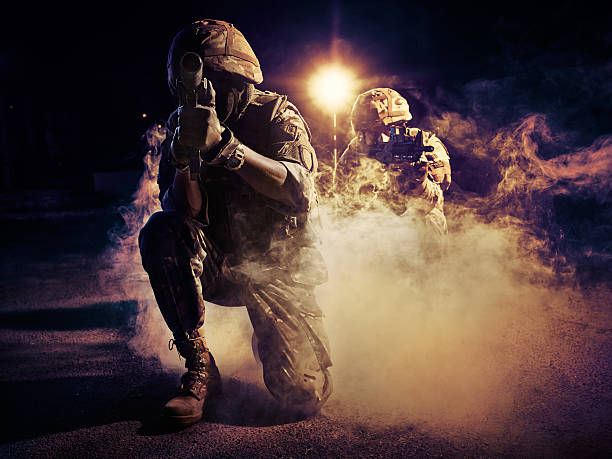 The first thing to consider when comparing the pain of these two games is how heavily padded your gear is. For example, if you’re wearing a full-body combat suit or vest with padding everywhere, then it’s likely that being shot with an Airsoft gun won’t hurt much at all. However, if you’re wearing just a pair of goggles and a mask over your mouth, then getting hit could be extremely painful.

How You Fire Your Weapon

The second thing to consider when comparing these two games is how you fire your weapon. This includes things like whether or not you use an optic (a scope) on your gun and how long it takes for you to reload after shooting someone.

For example, if someone shoots you with an Airsoft gun from 50 yards away and hits you in the arm with one shot, that can be pretty painful because of how fast the BB moves and how much force is behind it. Also, if somebody fires their gun and misses every time, they shoot at someone (even from close range), then those shots will seem much more painful than normal because they hit nothing but air before hitting their target!

This is why Airsoft guns are so popular: they’re a great way to practice shooting without having to worry about hurting anyone. You can also modify your Airsoft gun or make it look more realistic by adding accessories like scopes, laser sights, and flashlights to them.

What to Wear for Paintball in 2022 | Buyer’s Guide

There are many different types of Airsoft guns on the market, which all have different pros and cons. The most common type of Airsoft gun is a spring-powered or gas-powered rifle. There are also electric and bolt action rifles as well.

Spring-powered Airsoft guns are the most popular type because they are very inexpensive, easy to use, and require no maintenance. They do have some disadvantages though; each shot requires you to wind back the bolt by pulling on it until it clicks into place. This can be tiresome after a while, and it also makes it difficult for quick follow-up shots.

Spring-powered Airsoft guns are also limited by the power of the spring, which means they are only suitable for close-range combat. This is because they tend to fire around 200 feet per second (fps), which is slower than gas-powered rifles.

Gas-powered Airsoft weapons have been around for a long time, but they are not as popular as spring-powered models because they are much more expensive and require more maintenance than spring-powered guns do. Gas-powered guns use compressed CO2 or green gas to fire BBs at high speeds (200-300 FPS). These guns tend to be heavier than spring powered. So younger players may find them difficult to handle during long games without getting tired out quickly.

Gas-powered guns are usually more reliable than spring-powered ones, but they also require more maintenance. They need to be cleaned regularly and this can be a bit of a hassle.

What Should You Wear for Your First Airsoft?

If you’re new to Airsoft and wondering how to dress for your first game, you’ve come to the right place. As with most sports, there are a few things that make all the difference between a good experience and a bad one.

The first thing you should do is make sure you wear clothing that can take a beating. Your clothes are going to get dirty, so you want them to be able to handle it. For example, if you’re wearing white or light-colored clothing, you may want to consider wearing long sleeves underneath your short sleeves so that the skin on your arms doesn’t get stained with dirt and mud.

Next, look at the terrain where you’ll be playing. If it’s in a wooded area or on uneven terrain, then make sure your shoes offer good traction. That will help prevent slips and falls as well as keep mud from getting into your shoes.

Finally, remember that this is an outdoor sport, so sun protection is important. In rain (or even snow), bring an umbrella or rain jacket, so that no one gets burned by the sun during playtime!

When it comes to safety and which sport is safer, there are a lot of factors that come into play. Paintball and Airsoft guns must use projectiles to hit targets. Projectiles can definitely hurt if they hit you in the right place. However, as you’ve seen there are some differences between these kinds of guns.

In the end, no one can tell you which sport is safer than another. It’s all about what kind of player you are and how safe you want to be. Choose the sport or gun type that fits your personality. Generally speaking, choose the sport that matches your level of comfort with risk. And don’t forget to always wear eye protection!

Is Airsoft worth getting into?

For a fun activity that can be enjoyed by any age group, you should definitely give Airsoft a try. It’s an excellent way to improve your tactical skills and learn how to work in teams. Plus, it’s much safer than paintball because it uses plastic pellets instead of paintballs.

How old do you have to be to play Airsoft?

In most states, the minimum age is 14 years old. However, it’s up to each individual state as they are allowed to set their own laws regarding this matter. So, make sure you check with your local authorities before playing with any kind of firearm or weapon!

Do paintballs hurt more than BB?

Paintballs contain chemicals that cause stinging pain when they hit someone’s skin. They also have a tendency to break the skin if hit with enough force by player’s gun. BBs are much smaller than paintballs. BBs don’t contain any chemicals which means they don’t sting at all when hitting someone’s skin or clothing!

How much does Airsoft hurt?

Airsoft guns use a compressed air source that propels a 6mm plastic BB (pellet) at high velocity. These guns are used for recreational purposes and are not intended to cause serious injury. However, they can cause minor bruising and pain if the BB strikes you at close range or hits your eye.