You are here: Home / Blog / Does a Paintball Gun Hurt?

Pain is a subjective sensation. One person may feel little to no pain from something that another person experiences as a great deal of pain. That being said, what exactly does paintball hurt? The answer depends entirely on the specific injury you sustain and your pain tolerance.

While paintball pellets aren’t meant to be deadly, they can hurt like crazy. If you are new to the game or haven’t played in a while, you may just not be used to the shots anymore. As such, this article will serve as a handy guide for first-time players and old vets alike.

Paintballs are made of gelatin and plastic, which makes them safe to fire at people. However, they can still cause damage if they hit someone in the eye or any other sensitive area of the body. The pain you feel from being hit with a paintball depends on where you were hit and how fast it was traveling when it struck you.

How Much Paintball Gun Hurts?

The pain from a paintball depends on how hard it hits your body. If you get hit in the face or abdomen, it will hurt more than if you get hit in the leg or arm because there are more nerves in those areas. This causes more pain when they are hit by a ball of paint that is traveling at a high speed (about 200 feet per second). 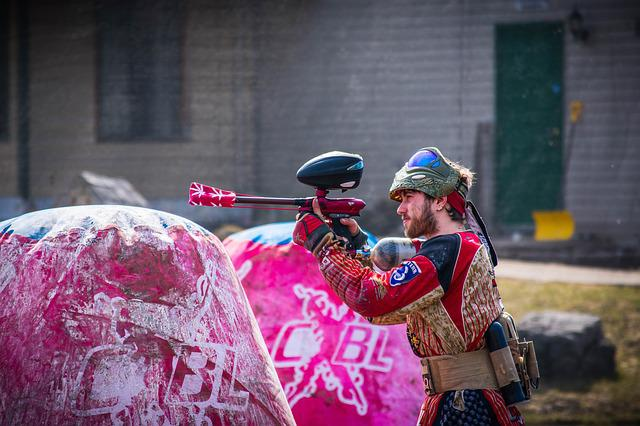 The balls can also cause bruises, bleeding and even broken skin if they hit hard enough. They might even leave scars if they break into pieces when hitting your body, which may be dangerous for people with allergies to latex or rubber (which is what most paintballs are made of).

The amount of pain a paintball gun can inflict depends on the type of gun used and the type of paintballs used in it. Paintballs come in different sizes and weights, which determines how much they hurt when they break on impact.

The location where you get hit also matters. If it hits your knees or elbows, then it is not going to hurt as much as if it hits your face or head. Paintballs hurt, but their pain level can vary depending on several factors:

Amount of pressure in the air tank

Paintball guns are powered by compressed air, which has higher pressure than normal air. The more pressure there is in the tank, the more powerful will be the shot from the gun. Higher pressure means that more force will be generated when firing a shot, hence causing more pain when hit by a paintball with such high velocity.

Velocity of the Paintballs

Paintballs are fired at very high speeds when using a high-powered gun. This causes them to have enough momentum to penetrate flesh and cause damage to internal organs if they hit vital, areas like the eyes, nose, or mouth while still having enough energy to cause bruising and bleeding. If you get hit in a place that has little or no padding, it may feel like getting hit by a small rock or a rubber bullet.

Size of the Paintball

The size of your body is another factor that determines how much pain you will experience after being shot with a paintball gun. Smaller people tend to get hurt more than bigger people because they do not have as much padding on their bodies as big people do. The size also determines, how deep into your skin the paintball can go before stopping its momentum. The deeper into your body it goes, the worse it will feel when you are shot with it.

Location, where you get, hit

The location where you get hit also determines how much pain you will feel after being shot with a paintball gun. For example, if you get hit on the chest region where there is less padding than other parts, then you will feel more pain and it may even leave a mark on your skin that may last for several days or weeks. This is because the chest region has less padding and the skin, there is thinner than any other part of your body.

Paintball Guns and Their Power Level

The power level of the paintball gun also matters in determining how much pain one experiences after being shot by a paintball gun. For example, if your opponent has a higher-powered paintball gun and shoots at you with it at close range, then it will hurt more than if you were shot with a lower-powered one at that same distance. Don’t use lower-quality paintballs.

Wearing a good set of paintball gear will help protect you from pain and injuries. Here are some tips to reduce pain when playing paintball: 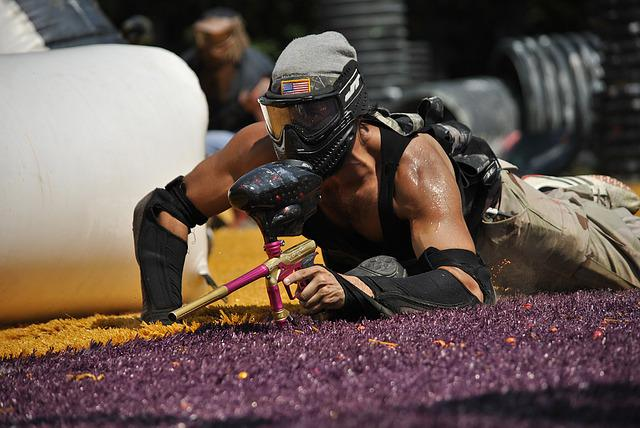 Wear protective clothing: Your legs and arms are exposed when you play paintball, so make sure they’re covered with pants or sleeves made specifically for paintball. This helps prevent bruises and welts after the game is over.

Stay Hydrated: Paintball is a strenuous sport, and it’s important to drink plenty of water before and after the game. Don’t wait until you’re thirsty to drink; by then it may be too late.

Take Breaks: If you’re playing in a tournament, make sure to take plenty of breaks during the game. These breaks will allow you to rest and hydrate before continuing on with the game.

Wear a Mask: Paintball masks are very important, especially if you’re playing in a tournament. They will protect your face from paintballs and keep you from getting hit in the eyes. If you don’t have a mask, make sure to wear goggles or sunglasses so that your eyes aren’t exposed to paintballs.

Don’t Wear Cotton: It’s important to wear clothes that are breathable and light. Cotton tends to soak up moisture, which can cause you to overheat and become dehydrated.

Choose a Hat: A hat will provide you with some protection from paintballs and keep your head cool. It’s also important to wear sunglasses or goggles so that you don’t get hit in the eyes.

Does paintball hurt for a 13-year-old?

The answer is yes and no. If you are 13 years old and play recreational games with your friends in a safe environment with proper equipment and clothes, then there is no need to worry about how much it hurts. However, if you want to play competitively or participate in more intense games such as scenario games, then wearing protective gear is recommended to prevent any injuries from occurring.

A paintball hitting bare skin feels like getting hit with a sharp object like glass or metal. The best way to describe this is getting stabbed by a needle or pinprick.

Do paintballs wash off clothes?

Yes, as long as they are not stained with any bright colors like red or pink. If the clothing has been stained then it will take some time for them to fade away.

How much do paintballs hurt on bare skin?

Paintballs are made from gelatin and therefore only cause superficial injuries when fired at a person’s skin. As such, there is no risk of injury from a single ball hitting the body or face at normal speeds (under 200 feet per second). If the shot hits someone directly in the eye then it may cause an abrasion but this is unlikely unless you are wearing goggles (which are mandatory in most leagues).

There are many factors that determine how much paintball hurts, while some of them are big others small. But keep in mind that it’s the speed at which the BBs hits your body that will determine how much hurt you will feel. You still need to use your head when you play. Be sure to wear eye protection if you don’t want paintballs cutting up your skin.

To that end, here are some things you need to know about paintball: Paintball can be very dangerous if you don’t use the proper safety precautions. When you’re playing paintball, make sure that your goggles are secure so that no paintballs can get inside them. If there’s a gap between the goggle frame and your face, then it will allow the paintballs to enter into your eyes.