You are here: Home / Blog / Can Paintball Guns Be Used for Self-Defense?

With so many home invasions and seemingly random acts of violence, it is important to be prepared to defend yourself.  When the going gets tough and you’re faced with danger, having a plan and a tool to protect yourself will help you make it out alive. 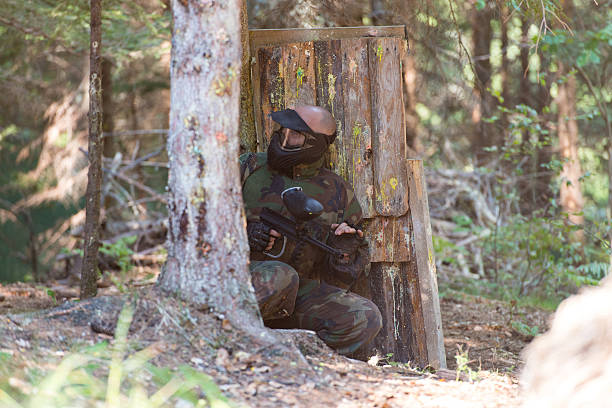 In self-defense, paintball guns can be useful. As a result, they can easily deter an attack without the worries and dangers associated with firearms or machetes. Among other things, you can fire hard rubber, pepper spray, PVC nylon, and iron dust balls with it as a self-defense tool.

In What Ways is Paintball Gun Useful as Self-Defense Weapons

Paintball guns are ideal for self-defense and home defense because they’re lightweight and easy to carry around. They don’t require any special permits or licenses, so anyone over the age of 18 can purchase one without issue. Also, paintballs are non-lethal, so they won’t cause permanent damage or injury to whoever is hit by them.

If you’re looking for a way to protect yourself without having to worry about getting arrested, then you should consider buying a paintball gun today! 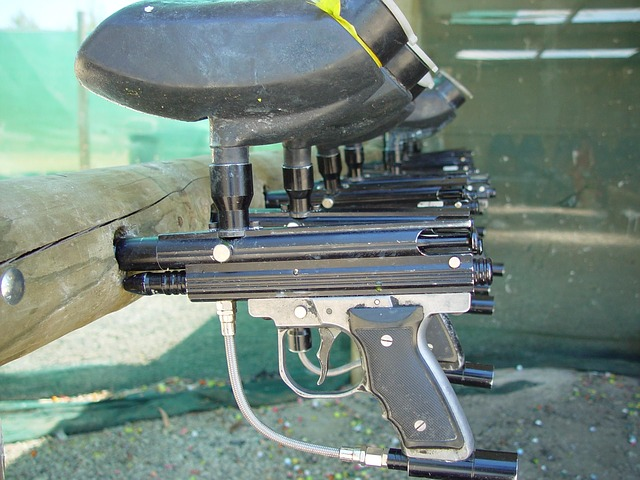 The best part about using a paintball gun is that it doesn’t require much training to use. You simply point and shoot at your attacker, which makes it easier to defend yourself when you’re under pressure and don’t have time to think about what you need to do next. If you want to use a paintball gun for self-defense purposes, then make sure that it can hold enough paintballs so that you don’t have to reload after each shot.

How do Paintball Guns Work?

Paintball guns work in a similar way to real guns, but they fire plastic pellets instead of bullets. Paintball guns work by having a compressed gas tank that pushes CO2 out into a large cylinder filled with pressurized air. This causes pressure inside the cylinder to rise and then opens up an exhaust valve that allows air to escape through small holes around its edge until there is no more pressure left in the cylinder.

This causes another valve inside the trigger assembly to open and allow fresh air from outside into the chamber behind your shot so that when you pull back on your trigger and release it, there will be enough force pushing against the ball to push it out of your barrel.

The Best Ways to Use a Paintball Gun for Self-Defense

Paintball guns are used in many different ways. They’re used for recreational purposes, competitive sports, and even as self-defense weapons. The key is to know what you are doing and how to use it properly. Here are some of the best ways to use a paintball gun in self-defense:

Use the Right Ammunition

This is the most important thing you need to remember when it comes to using your paintball real gun for self-defense. You don’t want to use any old ammunition that may not be effective against an attacker. The best option is to get something specifically designed for self-defense purposes. This will ensure that your shots will do more damage than if you were using regular paintballs or other types of ammunition.

If you want to cause as much pain as possible and make your attacker stop attacking, target sensitive areas like the eyes and groin. The problem with this is that paintballs will not penetrate deeply enough into these areas to cause any permanent damage. This means that even if you hit your attacker in the eye with a paintball, he will still be able to continue attacking because he may not feel pain from it. 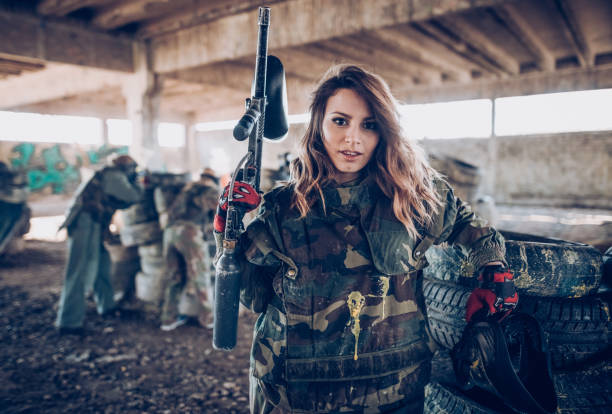 Use hard objects as projectiles instead of paintballs

Hard objects like rocks, hard rubber balls or stones can be effective against attackers because they can cause more pain than paintballs do and they also have better-stopping power because they can penetrate deeper into human tissue than soft ballistics such as paintballs do. Even though they may not be as effective at stopping an attacker as using actual firearms or other weapons such as knives or swords would be, they will still help protect you from harm if used properly against an attacker.

If you’re going up against someone who is wearing body armor or has other protection, try targeting an area that isn’t protected by their gear. For example, if someone’s wearing a bulletproof vest, aim for the neck or face instead of shooting at their chest.

Another major problem with using paintballs as self-defense weapons is that they are very inaccurate. Paintballs are often shot at distances of over 100 feet away from their target, which means that it can be difficult to get them to come close enough to actually hit someone with any accuracy at all.

Even if you can get close enough to someone to try shooting them with a paintball gun, there’s no guarantee that you’ll actually be able to hit them with any accuracy because their movements may be too fast for you to track accurately (especially if they’re wearing protective gear).

The most obvious problem with using a paintball gun for self-defense is its reliability. Paintballs are designed to splatter on impact and mark the target so that they can be identified later on. But if you’re trying to stop an attacker, you may find that the paintballs do not have enough force to penetrate skin or clothing. If this happens, it could give your attacker enough time to inflict serious harm on you before you can escape or call for help. 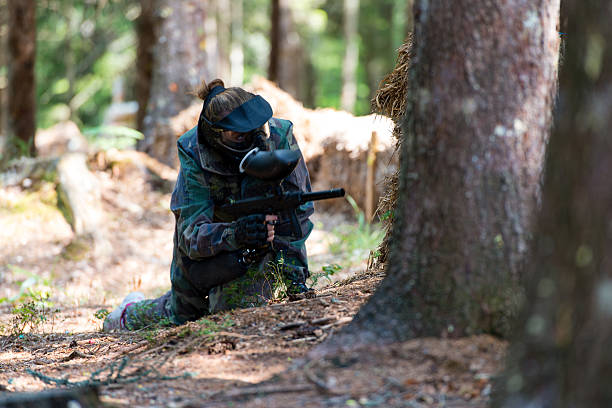 Another problem with paintball guns is that their rounds don’t penetrate very deeply into targets. If you hit someone with a round from a typical model, it won’t go any further than about three inches into their body — if that deep at all! Even if your target has a thin layer of clothing on, it might not be enough protection against these soft pellets.

Paintballs don’t have much stopping power compared to bullets from real firearms. As a result, even if one hits the body of an assailant, it’s unlikely to stop him from continuing his attack on you or someone else who may be nearby (elderly people or children).

Can you aim with a paintball gun?

Yes, you can aim with a paintball gun because it has sights on it as any other firearm or Airsoft gun does. In fact, most people use their eyesight when aiming at their target so that they know exactly where their shot will go off and hit them.

Can a paintball gun shoot marbles?

No! A paintball gun does not shoot marbles or any other kind of ammunition. It shoots paintballs filled with colored liquid that can leave marks on your opponent’s body and clothing when hit by them. These marks, however, do not cause permanent damage and wash off easily from the skin and clothes.

How painful is a paintball?

A paintball is not painful at all. It will sting when it hits you, but nothing more than being hit by an errant baseball or football. The best thing about using a paintball gun for self-defense is that they are non-lethal weapons so even if you miss your target completely, there won’t be any serious injuries incurred by either party involved in the altercation.

In the end, one of the best uses for a paintball gun may indeed be to defend yourself or others. With practice, a Valken Blackhawk paintball gun, a simple paintball gun can provide you with that extra level of certainty that you need in order to stand your ground and make it out of a dangerous situation alive.